It’s time to start talking about the most important concept in Universal Basic Income — universalism.

The institutional structures of the industrial society are becoming increasingly incapable of engendering a spirit of progress or a sense of fairness. The large majority of people in highly developed countries do not believe that the next generation will be more prosperous than the current one. It is evident that we need new forms of social security to serve the needs of people trying to build their lives and flourish amid the current transformation.

Universalism should be more than just a way of redistributing wealth. It should empower the individual to embrace autonomy and agency.

Universal Basic Income (UBI) has emerged as a potential solution. UBI experiments have been recently launched in a number of countries. However, it is not enough to merely reform systems of redistribution. What we need is a new universalism that can tackle our diminishing sense of belonging. Universal, commonly owned goods and services would increase individual liberty in addition to improving social security.

We in Demos Helsinki believe that it is time to examine social security from a broader perspective. Universalism should be more than just a way of redistributing wealth: It should empower the individual to embrace autonomy and agency. For us, universalism is a metaphor for a future paradigm of economic policy rather than a single policy measure. Our publication aims to explore how we could ensure that there are these types of universal structures when we enter the post-industrial and post-fossil fuel era – the next era of well-being.

1. The greatest change involved in transitioning towards a society where paid work is increasingly contingent is the growing role of assets that are not being constantly traded for money. People need to invest more time and effort to maintain various types of assets from skills to reputation, and from shareable material goods to education.

2. In the digital economy, access to certain commodities and sources of income becomes increasingly dependent on who you know and what you have done in the past. Money can’t necessarily buy access.

3. We have to make new technologies and their applications more inclusive and distribute their benefits more widely. This requires either that existing old institutions (such as ownership) can be expanded to cover new domains or that new institutions are created to assume this task.

4. Fairness and novel innovations can be advanced by granting people a sense of greater (shared) ownership of the common assets and resources in a society.

We look forward to building the next era of universalism with you. Contact our team and download our publication: ‘Universalism in the Next Era: Moving Beyond Redistribution’. 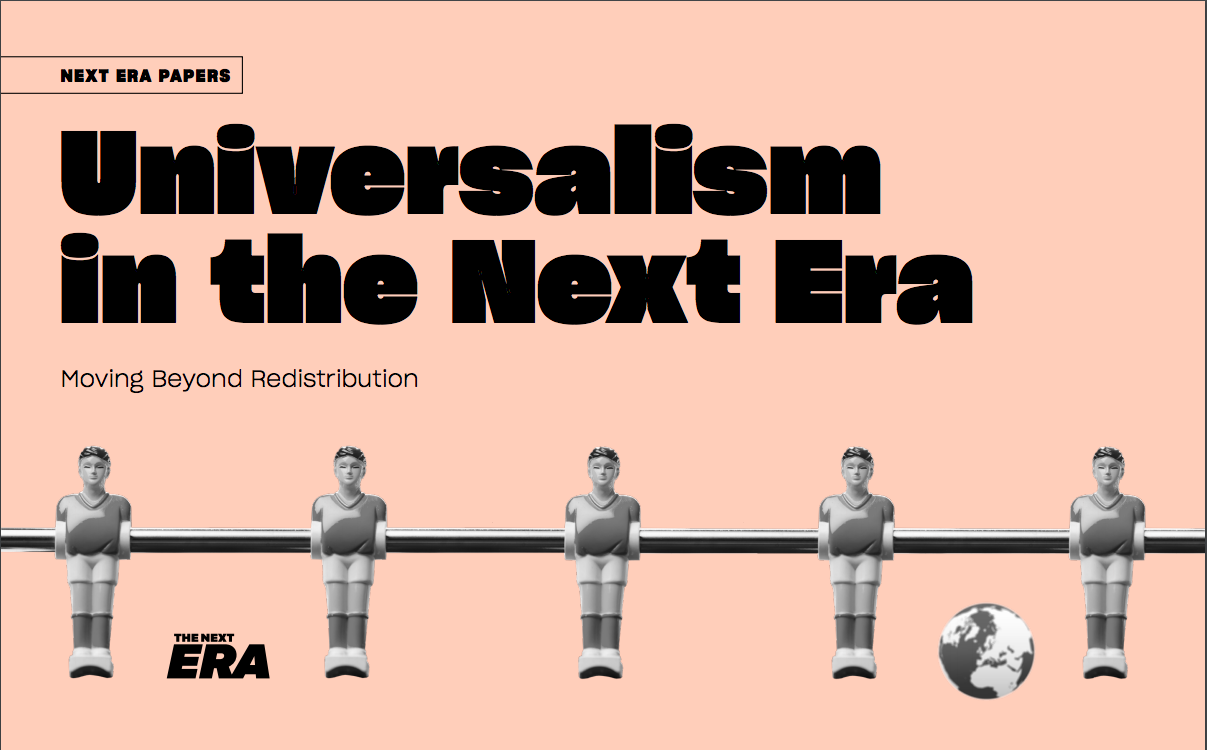 Universalism in the Next Era – Moving beyond Redistribution