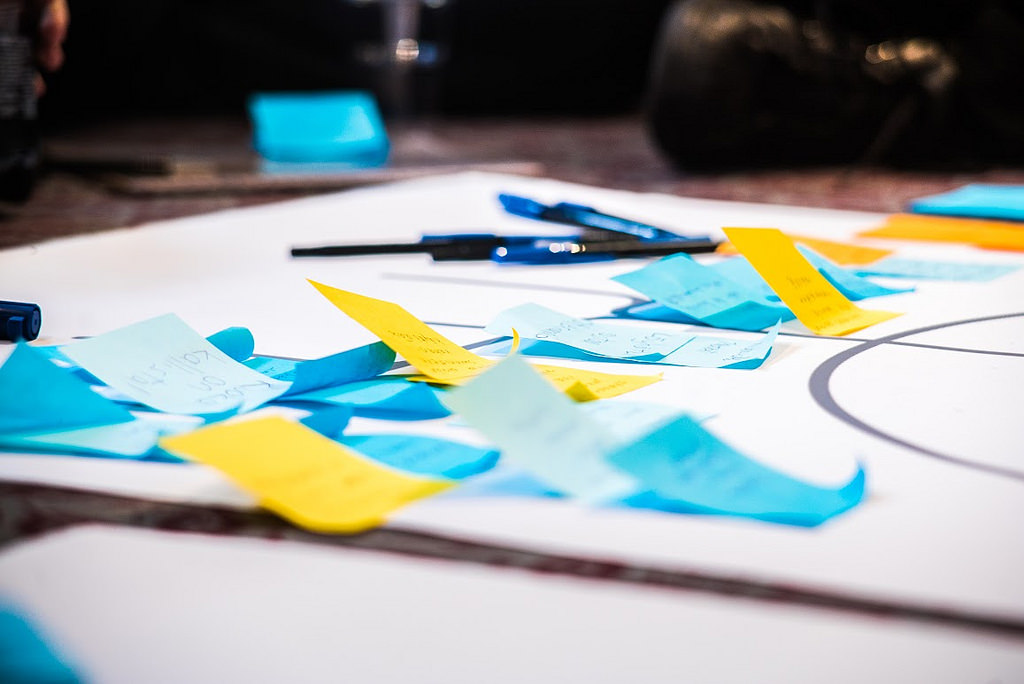 It seems that basic income is on the lips of everyone today. From Finland to the Netherlands, Switzerland to Canada, governments and cities have embraced the idea as one worth testing. Although talk of basic income has been around for some time, it seems that now there is a real push, an unwavering drive and motivation to see how the idea could work in practice.

Beyond the hype, however, lie some crucial questions that need to be addressed. With support from all sides of the political spectrum and interest from cities and states all over the world, it is evident that the discussion on basic income is painstakingly broad in scope and variety. What do we even mean when we talk about basic income? Are we all talking about the same thing?

As the following years will undoubtedly be vital stepping stones in the testing and development of one of the most important social innovations of the 21st century, the need to focus on the nuances is growing. While it is unbelievably exhilarating that so many have begun to see basic income as something worth trying, now is not the time to stop. Rather, it is time to start the conversation, to go from abstract to concrete: What kind of basic income are you advocating for and why should it be implemented?

To help start this discussion, we asked some prominent basic income proponents what their answers are. Yes, these are deceptively simple questions and no, we did not give them nearly enough room to fully flesh out all the nuances that come along with the deal. Nevertheless, this is a beginning, a spark to the needed public discussion on what a basic income could be and should be. With these visionaries showing the way, next it is your turn. Join the discussion and tell us what your answers are!

Ultimately, I would like to see a full universal basic income for all American adults, paid each month, at a sufficient level to eliminate poverty in the United States. However, to reach that point, I think it will likely be necessary to first introduce a smaller universal income — still paying out money every month, but not as much as a full basic income.

Once Americans have had a chance to experience this program and appreciate its benefits, and once sufficient funding sources can be identified, we can work to transition to a full basic income in the US.

For me, the main reason to push for basic income is to counter the rising inequality that’s being driven by technological unemployment and underemployment. The nature of work is changing, and we need a new social safety net that’s suited to these changes. Basic income will allow us to gracefully transition to a society where full employment is no longer the expectation.

Basic income should be a simple weekly payment to replace all income-related benefits and personal allowances. It will not replace housing, disability or childcare support. We advocate a more progressive tax system to help fund it and boost support for children under the age of five.

Basic income is a wedge of freedom allowing people significantly more choice over the life choices they are able to make in support of their well-being, that of their families, and of their communities. It’s not utopia or a magical solution but it would help all – considerably.

I support the Life Account -model [a personal welfare account that records the charges paid and benefits received during one’s lifetime]. It flexibly clears away welfare traps during different phases of life for low, middle and high income groups. It puts faith in the individual and the liberty and responsibility of humans to make choices concerning their own finances.

The Life Account would update social security to meet the labor markets of today and the future. Without a comprehensive reform, the public system of transfer payments cannot be financed. In addition, the change would be philosophical: Empowering people to make decisions that concern their own lives, taking care of everyone’s basic security together and helping those who cannot make it on their own even better than today.

We all own a share in certain aspects of our country and our society, and we all should receive a dividend from these commonly-held resources. Clean air, clean water, a functioning climate, and a productive social system governed by a collective rule of law—these are commonly-held resources that generate dividends, and those dividends should accrue to all of us in the form of a basic income.

Basic income should be implemented because we are all better off with a middle class; because in a rich country, no one should be homeless or hungry; and because the 20th century idea that humans are here to do jobs that earn wages and we only deserve a place in society if we earn enough labor income is outdated. The middle class previously supported itself through labor income, but labor income no longer generates enough. A basic income generated from dividends from commonly-held assets such as a tax on greenhouse gas emissions that pollute our atmosphere gives every member of society a source of non-labor income and recognizes that every person deserves to have a roof over their head and food on the table. It gives us the security to figure out what humans are for in the 21st century.

5. Rutger Bregman, author of the forthcoming book “Utopia for Realists: The Case for a Universal Basic Income” (NL):

I see the basic income primarily as a direction of thought. In the ideal form, it is universal, individual and unconditional.

The last bit is the most important for me: we have to make a life without poverty an unconditional right. So the basic income would have to be high enough to pay for your basic needs, but no higher than that (the Swiss proposal, for example, seems rather high to me).

We could do this in many ways – a negative income tax for example could do it as well. But as always: the devil is in the details. How will we finance it for example? I’d like to see a way in which the basic income would diminish inequality.

Nevertheless, it might also be a good idea to start with a smaller basic income of, for example, 500 euros that will be a supplement on top of our current welfare state. [Belgian philosopher] Philippe van Parijs has written about this. As a historian I am not in favor of sudden revolutions. We should take gradual steps and learn along the way (that’s why your experiment [in Finland]  is so exciting!).

There are also good arguments to make the basic income universal. Of course, some people wouldn’t notice much difference: they will get a basic income of, say, a 1.000 euros each month and pay the same amount in additional taxes. But it could be a powerful symbolic move to go this way, because it would weaken the stigma on benefits/social security.

I could say a lot more about this, but let’s just say that the most important thing for me is the unconditionality of the basic income. It’s the opposite of workfare.

I could give many reasons [for implementing basic income], but let me give my 3 most important reasons (read my forthcoming book for further support).

1. The basic income will give people true freedom. We have all kinds of freedoms in the West, but they are either negative (freedom of thought, religion etc.) or conditional (you’ll get social security, but only if you fill in this form, do that work, try to find this or that job, etc etc. – I’m referring to workfare here).

The basic income will give all of us real freedom. The freedom to say, for example, no to a job that you don’t like or consider meaningless. This is actually a huge problem: a poll in the UK found that 37% of English workers consider their job to be ‘bullshit’.

The basic income will give people the freedom to decide for themselves what they want to make of their lives. This is the most fundamental argument in favor of a basic income, and it all revolves around what image you have of human nature. I think almost all humans are fundamentally creative beings that have a very big intrinsic motivation (this is not some ideological idea for me, there’s actually a lot of evidence).

2. The basic income would, finally, eradicate poverty. We should have done this long ago in our rich countries. Moreover: poverty is extremely expensive. In my forthcoming book I document how combating poverty through direct cash transfers is actually an investment that pays for itself.

3. The system of social security we have now is much better than nothing. But it is still, in many ways, broken. It is extremely bureaucratic, expensive, humiliating and in some cases even ineffective. Some studies show that the job training courses you’re forced to take in The Netherlands actually lengthen your unemployment.

So how about you? What model for basic income do you support and why should it be implemented? Is there something the  visionaries above are missing? Leave a comment, get in touch or join the conversation on Facebook and Twitter!

Read this next: Why Finland is able to implement a basic income experiment