Finland’s Ministry of Social Affairs and Health chose the Economy of Wellbeing as a highlighted theme for Finland’s EU Council Presidency in 2019. The most concrete result of the collaboration between the Ministry and Demos Helsinki was a publication for the EU on this topic. The Economy of Wellbeing focuses on a more people-centric and environmentally friendly economic system.

The Ministry of Social Affairs and Health asked Demos Helsinki to refine the ministry’s definitions on the economy of wellbeing. Demos Helsinki based the publication on the results of a high-profile conference focused on the economy of wellbeing, the EU Council’s conclusions on the theme, and expert interviews. The publication was presented in Brussels in January 2020. It explains what the Economy of Wellbeing is about, and most specifically how it could be pursued in the EU.

“Demos Helsinki wants to build a more fair and more sustainable society. The development of an economy of wellbeing is at the core of this change and it necessitates the reorganisation of economic policy. Wellbeing should not be considered as a separate item. When we make the transition into a post-industrial society where working life becomes splintered and the adverse effects of material consumption are more and more visible in everyday life, a discussion on the economic system is essential. The economy of wellbeing connects as a topic to the idea that all dimensions of sustainability – social, economic and environmental – are in balance. This is the very core of how to build societies”, states Demos Helsinki’s senior consultant Leena Alanko.

The economy of wellbeing connects as a topic to the idea that all dimensions of sustainability – social, economic and environmental – are in balance.

Citizen wellbeing is one of the foundational goals of the European Union. While Demos Helsinki was writing the report for the EU, the EU Council agreed to the conclusions regarding the economy of wellbeing. They include a recommendation for member states and the EU Commission to include the viewpoint of the economy of wellbeing into national and EU-level economic policy. At the same time, there is a recommendation to put people and their wellbeing in the centre of policy making. By investing in wellbeing, an element of which, for example, is people’s skills, we create the conditions for an ecologically and socially sustainable economy.

By investing in wellbeing, an element of which, for example, is people’s skills, we create the conditions for an ecologically and socially sustainable economy.

“Economic growth, as we know it, creates problems for the environment. In order to respond to the environmental crisis, we need to be able to renew our economic system. The economy of wellbeing starts with the idea that economic policy is made in a more sustainable manner, both from an environmental and a social aspect”, says Leena Alanko. 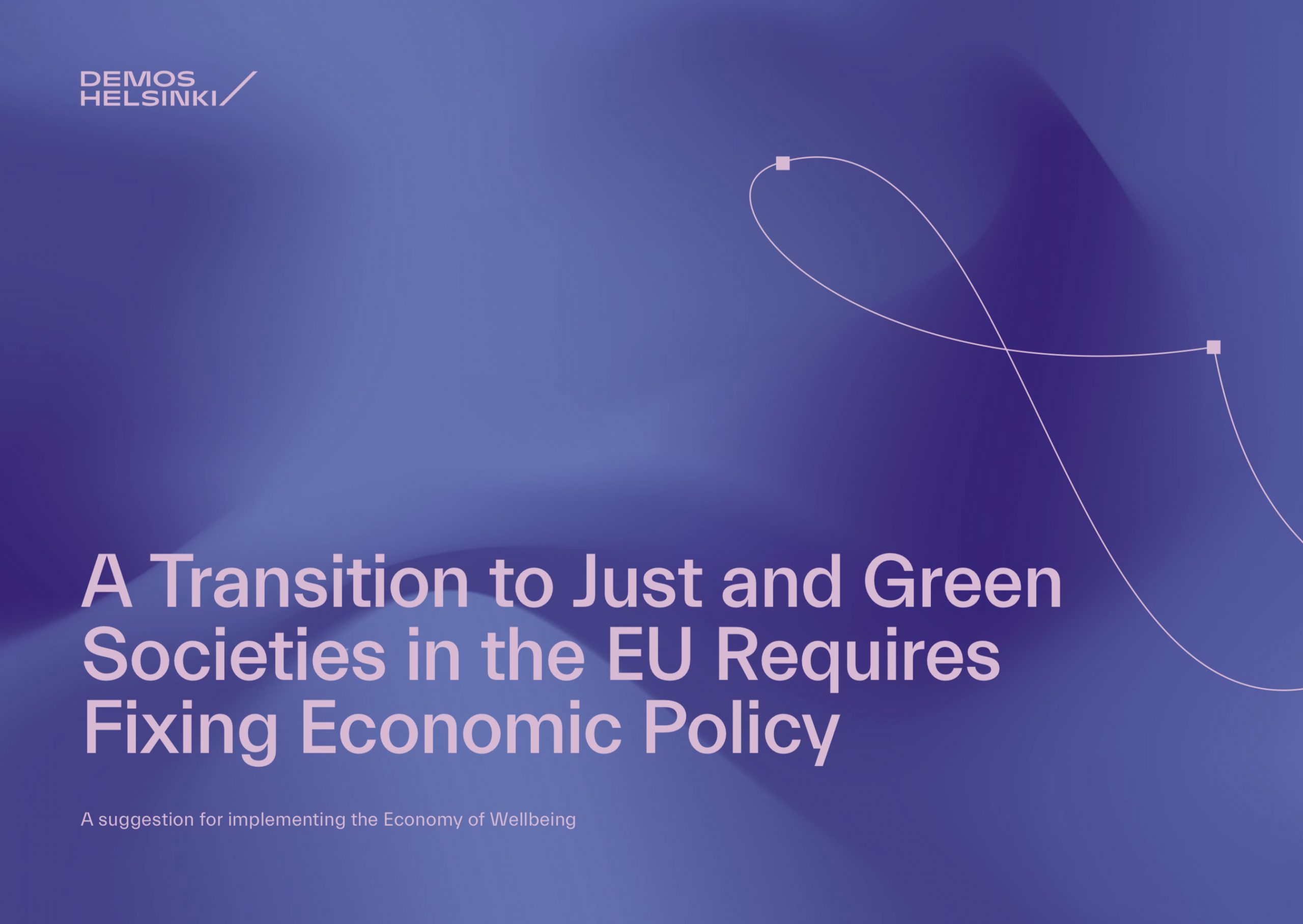