The fall of the Iron Curtain sparked a period of rapid democratic expansion and renewal in Europe. However, deepening societal cleavages, a changing political landscape, authoritarian pressures, and new forms of political participation have challenged democracy over time. European current political and economic institutions were conceived in response to societal developments and challenges of the early- to mid-20th century, and they have struggled to provide solutions to the 21st century’s wicked problems, having been tailored to a past world.

The Russian invasion of Ukraine triggered a new chapter in democratic discourse: it made apparent the urgency of modernising democratic systems to combat authoritarian encroachment and ensure the long-term vitality of European democracies. In these uncertain times, unfolding the socio-economic and political transformations will fundamentally shape the future of liberal democracy, economic development, and welfare in Europe.

Navigating the societal transformation requires the imagination of future possibilities ahead of us. This report uses a scenario approach to support this process, presenting four images of the future. The baseline scenario paints a ‘business-as-usual’ development, where current development trajectories continue uninterrupted. However, as our actions and unexpected events can change our future, three alternative scenarios have been created with varying parameters for economic, political, technological, and climate futures. These scenarios were created as a synthesis of the Finnish BIBU research project (2017-22), which studies the impact of the socio-economic transformation on our political systems, and responses to it.

Our scenarios are neither definitive nor most-probable future trajectories. They present four possible development pathways from our current starting point. While we expect the main societal discussions of today to remain relevant in some form, unforeseen events, ideas, and technological innovations will affect our future in ways that are impossible to predict. An infinite number of alternative future pathways exist. The chosen scenarios serve to encourage the reader to think about what futures they experience as preferable, or undesirable, and to think about how our actions today can shape our tomorrow.

A report in Finnish focusing on the future of the Finnish welfare state and democracy was published alongside this volume.

The scenarios have been generated using the relevant academic literature, including that produced during the BIBU-research project in Finland (2017-22), as well as interviews conducted with BIBU-affiliated researchers. A workshop was also organised with a group of academics, where the future pathways were collectively amended and details added. For more information about the project, read here. 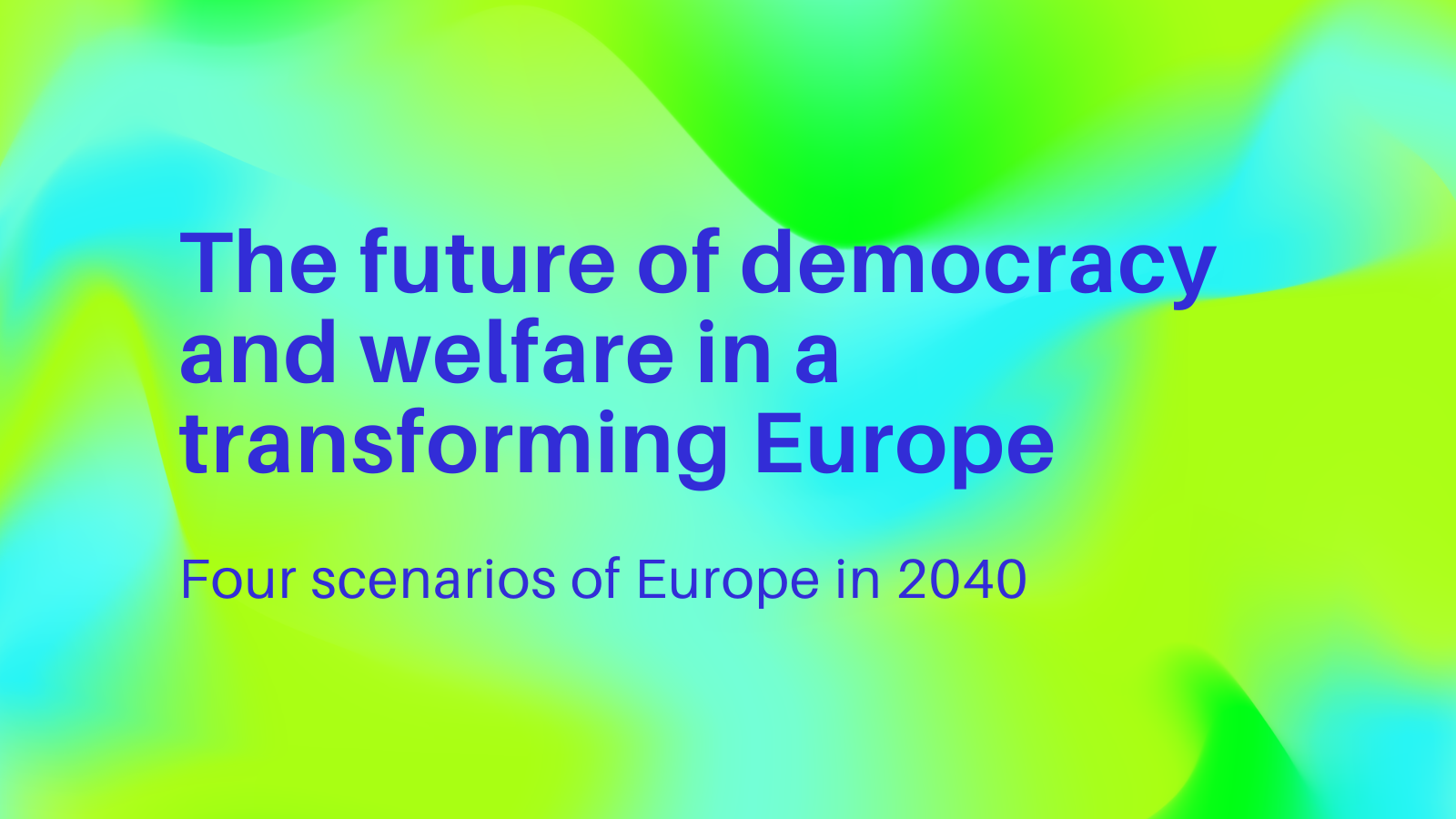