As part of this study, we partnered up with SOSTE Finnish Federation for Social Affairs and Health and THL, the Finnish Institute for Health and Welfare, to assess what an economy of wellbeing in Finland might look like, and what next steps will facilitate a peaceful transition.

At its core, an economy of wellbeing serves amongst other things, individual and community happiness, safety, cultural identity, education, and participation. In order to build the model collaboratively, we held four workshops throughout the project timeline where we developed the governance model and its monitoring mechanisms with key stakeholders, including the Association of Finnish Municipalities, the Ministries of Finance, Social Affairs and Health, and Economic Affairs and Employment.

A new and exciting aspect of this study was the international benchmarking. This involved analysing the implementation, development, and outcomes of wellbeing models in seven countries: the Netherlands, Iceland, Italy, Sweden, Scotland, New Zealand and Wales.

The study also mapped out the current state and conditions of wellbeing economy steering in Finland. Four different development trends suitable for the Finnish context are described, on which the steering model can be further developed.

The four suggested models Finland could develop are the following:

These models can be embedded into current governance structures, and can equally be taken up by upcoming government programmes. In other words, the models are all within our reach. All we need now is action. 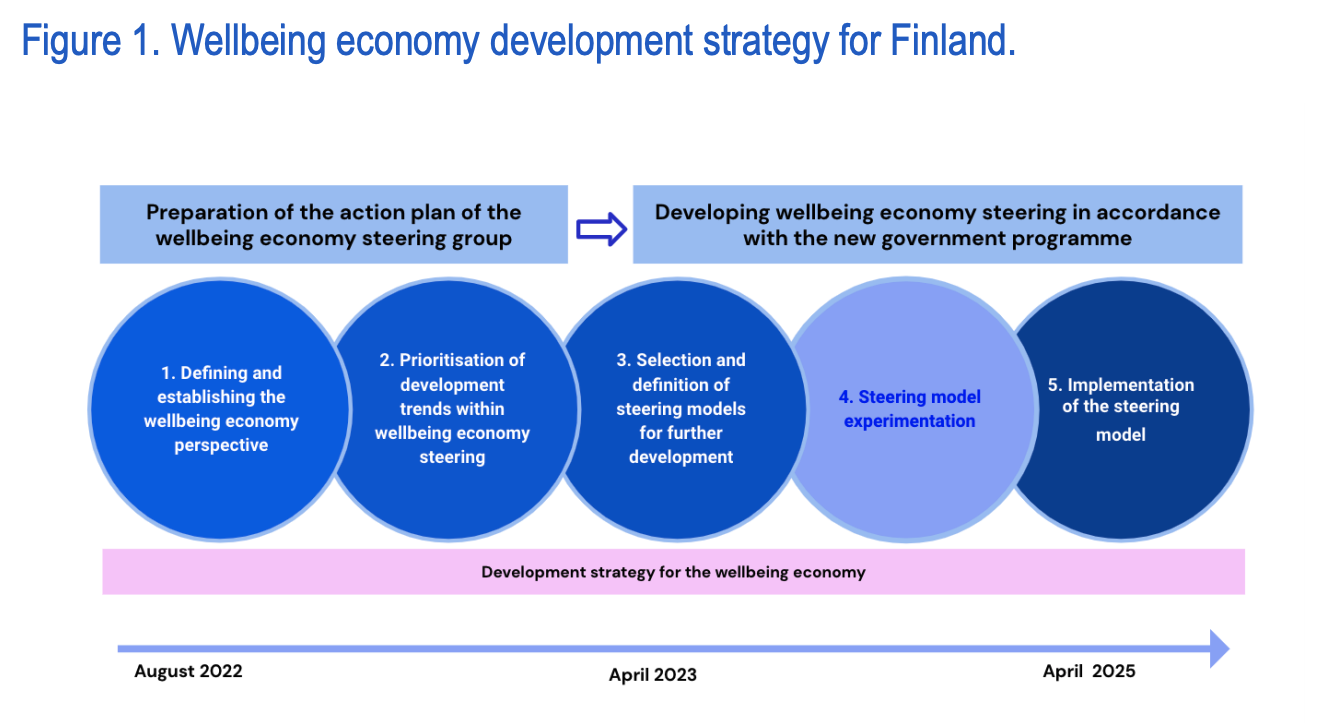 The report is currently available only in Finnish, here.

The Paths to a wellbeing economy project has been implemented as part of the 2021 Government plan for analysis, assessment and research.

Chair of the project’s steering group: 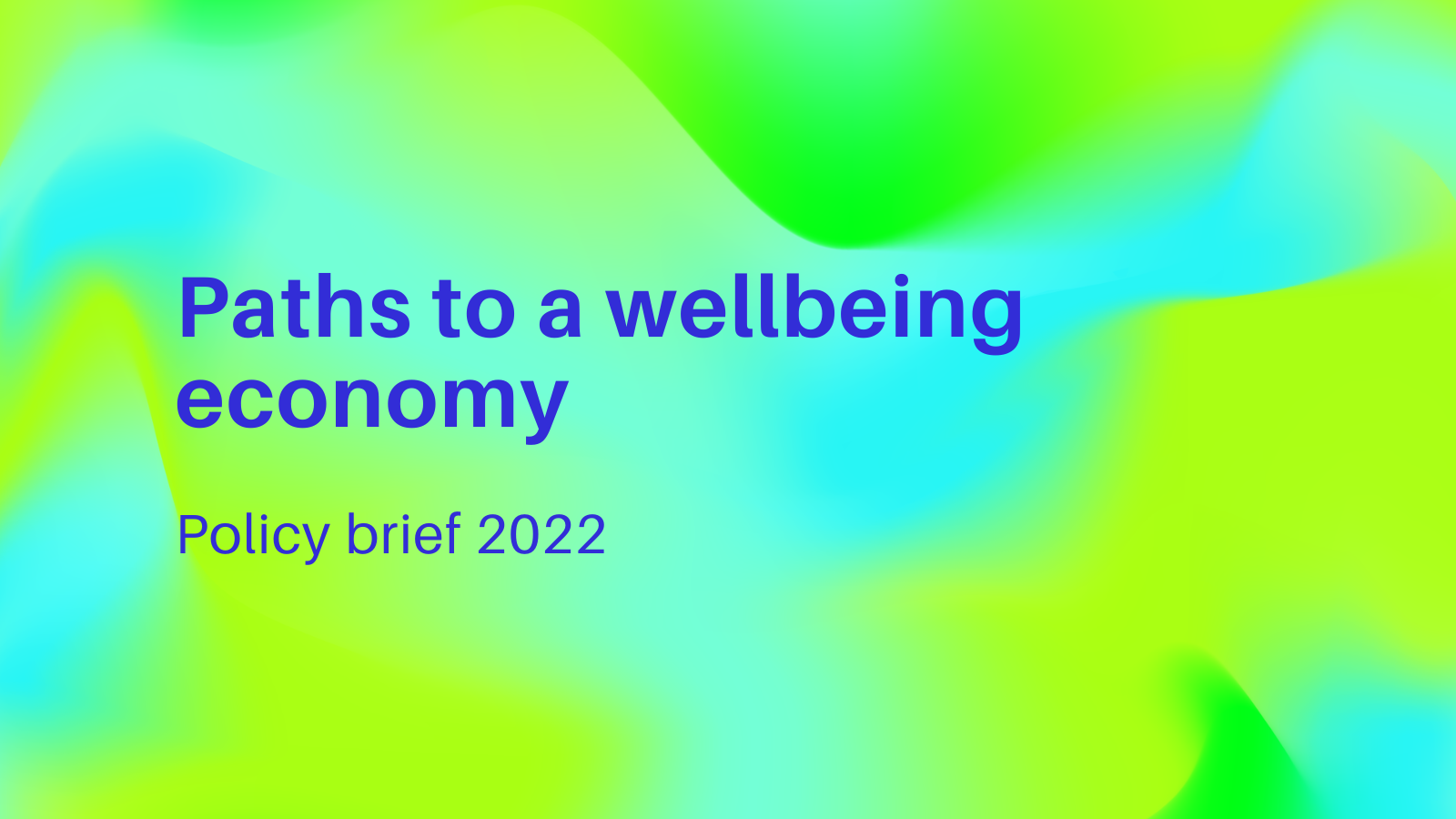