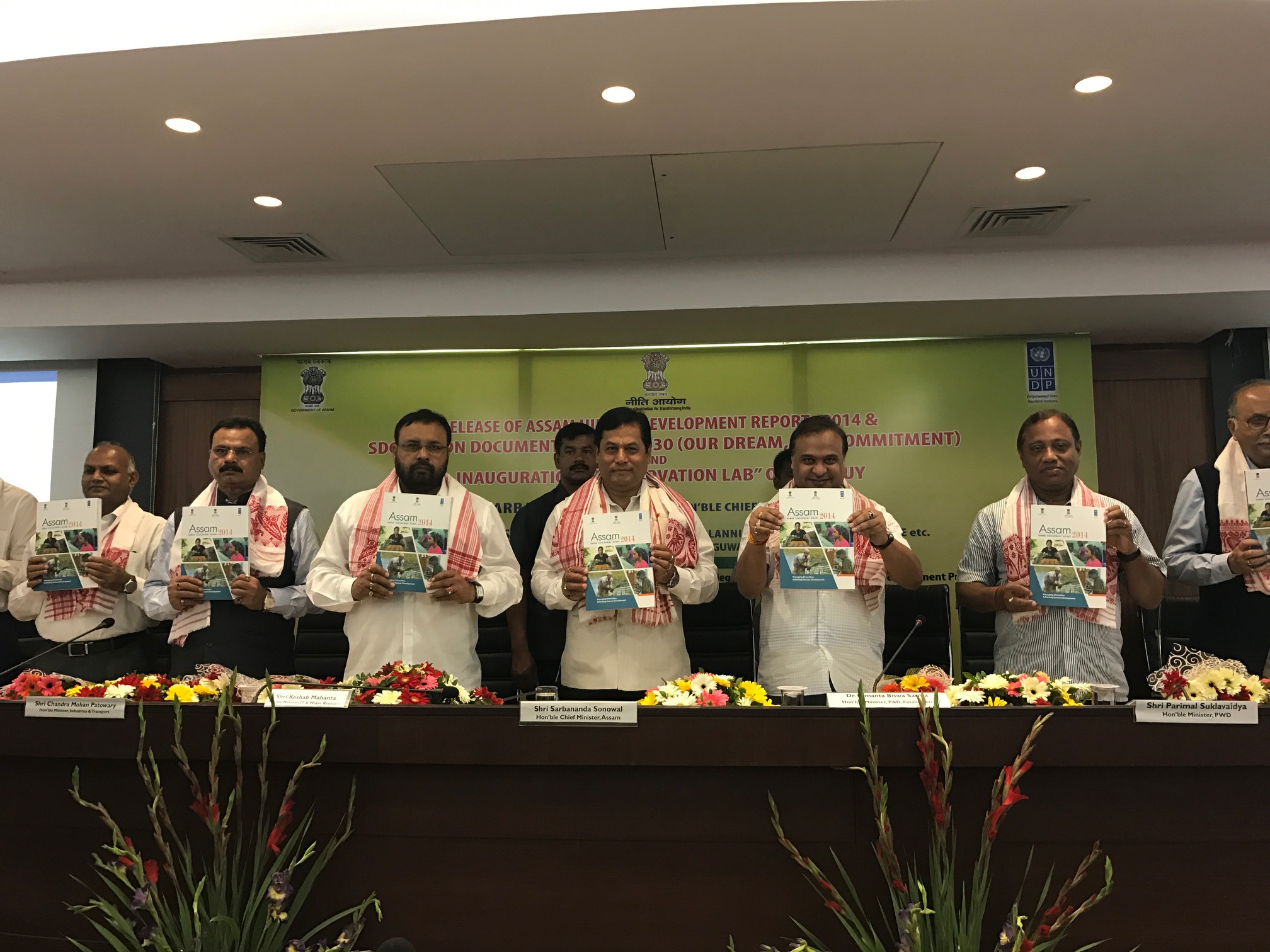 Demos Helsinki recently had the honor of being invited to assist the government of Assam in India in the establishment of a new innovation lab. Our very own government innovation experts, Roope Mokka and Jaakko Kuosmanen, have spent the past months working on the project. Here, Roope and Jaakko talk about wicked problems, Assam taking control of its own future, and why governments around the world need to implement bolder innovation strategies in order to succeed in the 21st century.

From Buzzwords to Action

’Innovation’ is a buzzword touted around the world by consultants, governments, and international organisations advocating changes in policy-making processes. The key message often repeated is that governments should be ’innovative’, ’agile’, ’responsive’, and that they should reorient themselves towards the 21st century challenges. All things considered, however, it is much easier to call new initiatives ’innovations’ than it is to actually create better policy. Therefore, what lies underneath the shroud of buzzwords is of crucial importance.

At Demos Helsinki, we have been developing new ways to respond to the most important challenges of the century. In fact, the question of how to make better policy was one of main inspirations for us to establish the think tank in the first place. From the very beginning of our work, it has been clear that many problems of governance originate not from a lack of effort, but from the very framework and mindset in which governance takes place. Indeed, there is plenty of evidence that governance suffers from short-term thinking, lack of participation in the design of policies, and shortage of strategic experiments.

So, at Demos Helsinki, we began to work on a model of governance that would take into account the massive, long-term changes – or megatrends – transforming our societies at an unprecedented rate. The impact of forces such as urbanisation, digitalisation and climate change are having profound effects all over the world. The Design for Government model, developed by Demos Helsinki for the Finnish government, provides a replicable tool that allows governments all over the world to better navigate complex policy-making environments.

In order for governments to better cope with existing challenges, the Design for Government model pushes for increased use of behavioural insight, scientific evidence, and participation in policymaking. In addition, it highlights the importance of “a culture of experimentation” – a mindset where strategic experiments are encouraged – as a basis for policy-making. This lean form of designing policies effectively follows ‘trial and error’ methodology. Why not first try in few local communities whether something works before making it a regional or national policy? And that is precisely what the state of Assam is now about to do.

Design for Government in Assam

In India, we introduced our Design for Government model to the state government of Assam as a platform for innovations in governance. In the Assam context, the model combines participatory co-creation of policies and experimentation, and aims to help the state government in achieving the ambitious and crucially important UN Sustainable Development Goals (SDGs).

Located in the north-eastern part of India and bordering Bhutan, Bangladesh and Myanmar, Assam is home to 35 million inhabitants. The government of Assam is increasingly conscious of the development challenges it faces. A United Nations Development Programme (UNDP) Report released in October 2016 indicates, for example, that while the state has showed continuous improvement over the last 15 years, the level of overall human development in the state is about half of the desired level. Also, about one-third of the population in the state is ’multidimensionally poor’, that is, poor in more than one dimension of human development.

Recognising that the ambitious nature of the development challenges requires new ways of thinking in the entire government, the government of Assam has drafted the ’Vision 2016-2025’ document, identifying key local development needs and the road ahead. The government has also partnered with UNDP and Demos Helsinki to ensure that there actually occurs a shift away from business as usual.

To get from A to B, we will establish an innovation laboratory based on the principles of participatory design. These principles are at the the core of the Design for Government model which, in short, the model is all about harnessing the power of the people, instead of designing and executing experiments based on government-dictated top-down policy goals. Because ultimately, it is through people that change in policy comes to life.

So, how can we work together to achieve this in Assam? First of all, by making it possible for different sectors of government to speak to each other and by including citizens in the design of experiments, the Assam government can take steps to reform the siloed, top-down approach to policy-making. Therefore, the model not only produces smarter policy recommendations, but also involves people in the decision-making process. This is important because participation is at the heart of democratic legitimacy.

The concept of innovation is now rapidly emerging in conversations around SDGs. They include targets that require major changes, and therefore also rethinking of existing ways of governance at local, national, and international levels.

Ultimately, SDGs will not be realised with mere utilisation of consultancy buzzwords. Nor will they be realised with ‘non-innovative’ top-down strategising. Innovative action and genuine bottom-up change in local governing contexts is needed.

The immediate aftermath of the adoption of the SDGs was marked with both scepticism and hope. The previous failures of the Millennium Goals raise legitimate questions about the transformative potential of the SDGs. Yet, at the same time there was no denying the magnitude of the effort to reach the consensus that came to realise.

The plans in Assam provide us with one ground-level example of a positive development. Their decision to apply the principles of the Design for Government model is an important landmark in efforts to reach the targets enshrined in the SDGs. At the same time, Assam is indicating that it is taking seriously the requirement to ‘ensure responsive, inclusive, participatory and representative decision-making at all levels’ (target 16.7 of the SDGs). By involving the people of Assam, the state government is now recognising the unused potential for innovation existing among its people. In so doing, Assam is taking the driver’s seat on the road towards the Sustainable Development Goals.