Rapid urbanisation and aging of our building stock put serious strains on the quality of life in cities, as well as the management of big infrastructure systems. The smart city paradigm promises to combat these challenges, but its often ignoring a fundamental fact: our cities are old. Smart Retro approach is a novel way of developing cities, as it seeks ways for integrating smart solutions into existing building stock. This text is the first part of Smart Talk series, where world leading experts comment the most burning issues concerning the future of our urban life. 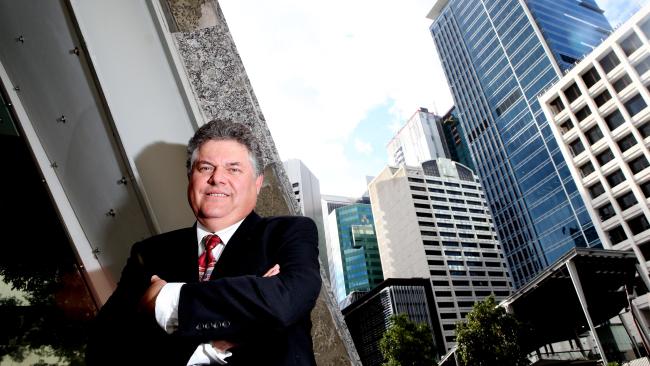 Gordon Feller is consulting at Cisco’s global HQ. He recently finished a 6-year stint as one of the company’s smart city leaders. He’s the Founder at Meeting of the Minds.

Gordon Feller is the Founder of Meeting of the Minds, an annual leadership summit organized by Urban Age Institute. He has also served for 6 years as one of the smart-city leaders at Cisco Systems headquarters in Silicon Valley. Prior to joining Cisco, Feller was CEO of Urban Age Institute, a spin off of the World Bank.

“There are two elements to consider as cities upgrade their physical assets : ‘new build’ plus the retrofit of ‘old build’. In some cities the infrastructure is almost pre-industrial. These urban systems needs to be rethought and revitalized. But it’s not always possible to rip out the old systems. Making cities future-ready is going to require thinking ahead 30 years — to consider the future of water, the future of energy, the future of buildings and the future of transportation.”

1. How can we make a city’s building stock more dynamic?

“Meeting of the Minds is working with a wide range of organizations — and they are all busy now, creating technologies or providing services that aim to make buildings both greener and smarter. Some of these you’ve heard about, such as Qualcomm (the semiconductor company). Some of them you haven’t heard much about, such as Black & Veatch – the global construction and engineering company. Some of them work inside buildings which they either manage or operate for their clients, including the company Jones Lang LaSalle. The global network of Meeting of the Minds sponsors — totalling 20+ companies and foundations, plus two universities and one US government agency — focus together on one key question: what technologies and services and solutions already exist that can help a building owner, a building manager, or a building tenant to radically change the way the building operates?

This is a critical question for those focused on developing low-cost, easy-to-access tools that revitalize buildings, making them both greener and smarter. The aim is to reduce the carbon footprint and energy consumption, to reduce the waste streams, and to increase productivity that’s possible when people use the building.

Over the last 10 years, Meeting of the Minds has done more than simply put cutting-edge innovators on stage. We put the spotlight on them, and we actively try to understand whether or not these emerging innovations are truly replicable and truly scalable and truly transferable. And so we’ve built a methodology for trying to assess whether that is possible; whether replicable, scalable, and transferable is indeed the case with this technology or this service innovation. So that’s been the focus.

2. I like that you’ve already brought up the partnerships. Working collaboratively with others is definitely where city planning is going. What opportunities do you see now, and in the future, for collaboration between startups and more established companies and organizations?

There are 3 levels where Meeting of the Minds has been focused. One level is the specific event-driven type of partnerships, like the Meeting of the Minds hack-a-thon in 2015. We asked big companies and small startups to work together while also competing against each other – which produced sparks that showed what could happen between when older established companies and startups are ready to jointly disrupt. We’ve done that kind of work quite often, not just at the hack-a-thon, but also in other forums. That’s one method for encouraging a deeper collaboration.

The second level is about encouraging open-source / open-innovation — to enable young companies to partner in creative ways with bigger and more established companies like Cisco, where I’ve been working. Through this level we can help to make sure that there are opportunities that might not involve heavy licensing fees — where the tools and resources are available in an open-source, open-innovation environment. Meeting of the Minds has become an advocate for this; we’re having some impact on the ways big companies think about their proprietary technologies. Perhaps they have to recognize that openness is the future; if you don’t embrace it, you might get rolled over.

The third level is all about strategic match-making. Meeting of the Minds is doing that with half a dozen start-up companies who’ll be showing their wares and exhibiting during the 2016 program when it convenes October 25-27. We’ve come to know and understand their approaches and their needs; we can be effective match-makers because we know who in the world of larger ‘strategic companies’ can be a good match. We’ve been successful in trying to create those matches. Sometimes that means investment flows from the big company to the small startup. Sometimes it means joint collaboration, joint go-to-market program, and maybe even  joint products or solutions.

3. It has been said by some researchers that between 50% and 75% of the building stock in 2050 has already been built today. How can we build technology into already existing building stock?

We call it the ‘digital overlay’ – this is what happens when a wireless network is overlaid on top of an existing physical asset like a building or a transit system or any subset of the transit system (such as a bridge or a tunnel). There are some amazing things that can happen once that digital system is overlaid and once it connects to the physical system. Meeting of the Minds produced a special report on this, and it was published recently. It was an outcome from a workshop which we organized with the Johnson Foundation at their Wingspread Center. When you look at the list of the 25 participating executives, the represented leading organizations like Microsoft. You’ll see an interesting range of actors who are now very serious about this –  and not all of them are tech companies. They are taking up the challenge to converge the physical and the digital without violating the principles of each world.

I love that you are describing this as an overlay. As if there are 2 different layers that can work together and mesh.

Yes, and in this case 1+1=3, not 2. What happens when the two come together is sometimes pretty magical. It is much more than a control system, where the digital world enables you to control how the physical world works; there are feedbacks coming the other way.

4. Are there any opportunities for doing this in really challenging urban areas, poised for demolition, in an effort to save them?

Yes! This is why we picked the City of Richmond, California, which is an economically distressed urban community based on the edge of the San Francisco Bay Area. It is one of the few urban communities in the Bay Area which hasn’t had the benefit of the tech boom. It was a heavy industry town, and today it carries the burden that comes with the legacy of such heavy industry. There are many assets there in Richmond, left over by now defunct heavy industry firm, which are sitting on the waterfront. Of course, the Bay Area’s waterfront is a prime development zone. Consider one example: the port’s Terminal One is now being subjected to studies about demolition. There are some local organizations which are working with the City’s Planning Department and the city’s Economic Development Agency and the Mayor to consider new options.

5. What role do you see testbeds playing within cities – especially where you can foster smart solutions between startups, businesses, and cities/governments?

Testbeds, sometimes called Living Labs, come in different sizes and shapes. San Diego has one that is part of the downtown — whereas San Jose has an multi-block area that’s been designated which is not in the heart of the downtown. As cities start experimenting with the adoption of new technologies, these can help them change the way they operate their critical systems (including the transit systems, water systems, power systems, building systems and any subsystems). How to take the lessons from these living labs and extend them to the rest of that city — while also enabling city-to-city, peer-to-peer learning, where the knowledge exchange can be facilitated? Facilitating knowledge exchange is one focus of the Urban Innovation online course which Meeting of the Minds has built.

Nordic Cities Beyond Digital Disruption is a wide spread report by KTH and Demos Helsinki led project Smart Retro. The chapters are part of a series of blog posts featuring excerpts from the report and commentary interviews by world leading experts in urban development. This text is one of the interviews that where world leading experts comment the most burning issues concerning the future of our urban life.