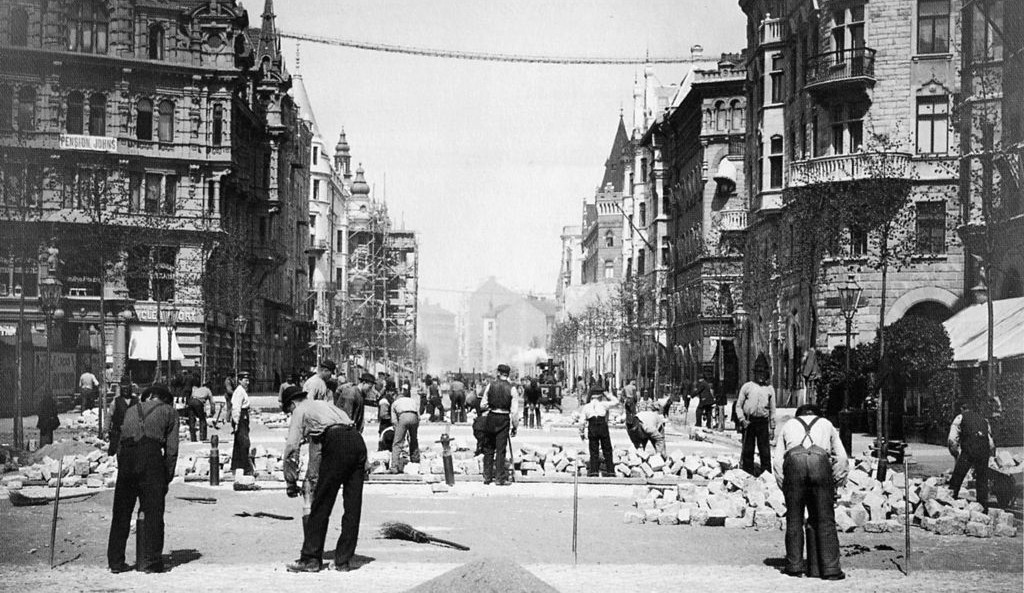 In the Nordic countries, migration into cities accelerated in the early 20th century, and the 1930s saw the beginning of a drive to reshape the built environment. By 1970 the majority of the population lived in cities. This shift took place comparatively late in Western European terms, enabling the relevant agencies to take a systematic approach to urban planning. City planning and architectural solutions became instruments of social reform.

The creation of the modern living environment was closely linked to the development of the welfare state. New functionalist architecture reflected Nordic ideals of universality, equality and classlessness. Traditionally, the inhabitant’s social class determined the floor plan of the dwelling: whereas working class families lived in a single room, upper class homes served as status symbols and social spaces.

In the course of the 20th century, dwellings came to follow a standardised floor plan, derived from the basic physical needs of the modern individual, family, and society; it varied only in the number of bedrooms aligned around the kitchen and the living room. At the same time these spatial solutions would make the apartment smaller, and thus available to those with lower incomes.

The conception of the basic needs of the individual was value-laden in itself. Policymakers, planning agencies and opinion leaders of the time had a multidimensional view of what the modern citizen required, based on both present circumstances and expected needs of the future. The modern citizen was to be healthy both mentally and physically, and hygiene and cleanliness became the primary concern of densely populated cities, where the risk of epidemics was high.

Aesthetic ideals came to emphasise white surfaces where dirt was plainly visible, and in suburban plans plenty of space was left between buildings to allow for allegedly curative fresh air and sunlight. Housing located close to nature was considered a good and healthy environment for all citizens; this was in part due to the fact that large-scale urban living was a recent phenomenon, whereas ties to the countryside and nature spanned an indefinite amount of generations.

On the other hand, the urban habitat was planned to shape the lifestyle of citizens to correspond to the ideal of modern society. For instance city plans were to structure the work and leisure time of citizens: suburbs contained the facilities for active and healthy leisure time, such as sports fields and libraries, in order to minimise loitering on street corners.

With schools, kindergartens, shops and services, these neighbourhoods were functional units in themselves, providing all the essentials of and a social backdrop for everyday life.

This is a chapter from Nordic Cities Beyond Digital Disruption, a report by Demos Helsinki led project Smart Retro. The chapters are part of a series of blog posts featuring excerpts from the report and commentary interviews by world leading experts in urban development.

The Smart Retro Futures Report accomplishes what very few publications anywhere have: it con- nects existing built environments, new economic and community models and digital technology, and traces through how we can use them together across macro-to-micro scale initiatives to address the challenges of the 21st century. An eye-opener for me, and a report that I’ll be sharing widely.